For a very long time I’ve longed to give vent to my anger at the disdain with which the website design profession in Nigeria and its practitioners are looked upon by far too many. I do understand the state of the Nigerian economy, particularly the fact that in general, labour is quite literally dirt cheap. No thanks to our ever worsening sky-high unemployment rate.

Its become fairly expected on my part, based on experience, to anticipate sometimes subtle or sometimes blatant derogatory comments and treatment from clients or even prospects. I’ve had some sneer at me and in not so many words, express their shock at why I didn’t immediately throw myself on the floor and feverishly thank them for even offering to pay my transport fare back to the office, my home or wherever it was they imagined I’d come from. Why, I even had the guts to not only “feign” being “official” by insisting on not haggling over terms & figures in person but instead, write down their requirements and then send them a quote by email.

And to add insult to injury, the amount quoted as service charge turned out to be an “outrageous” sum, large enough to purchase a square-foot of land in their village.  After all, is it not a matter of merely typing the text into Microsoft Word, Microsoft Powerpoint or CorelDraw and then “do the something on the system” (a client’s actual words) and then, “just upload it online?” Others were a little more knowledgeable and knew about actual web development and design applications such as Microsoft FrontPage (now Sharepoint Designer), Adobe’s Dreamweaver and they made a point to let me know they were in the know, and knew there really was nothing to it and they were really just doing us a huge favour – virtually paying lots of money to get next to nothing in return. Just something to be “showing” their company info online.

I’ll never forget one client in particular whose corporate office was situated just on the outskirts of Lagos. I was asked to come defend our quote, apparently right after the CEO had just had the chance to read through it. He was shocked beyond words. When he regained composure, he repeatedly asked questions like what “materials” we were going to procure to build their website, what our overhead at L7 was and how much exactly we would be spending to get the job done. The first few times I sincerely responded, explaining to him how that the primary thing they were paying for was our skills and time, although we would purchase hosting, a domain and any required scripts so we wouldn’t have to develop  them from scratch since they already existed.

Your skills? Your skills? What skills, enh? I was dumbfounded. I looked around the conference room and noticed all his staff members had their heads bowed and gently scratching their heads. He then resorted to literally cursing and swearing at me and my ancestors. It was a surreal experience and stands heads and shoulders above all else as my worst till date. When he was done hyperventilating, I turned to leave, confident I’d wasted my time that morning and come all the way for something worse than leaving empty-handed. It was a total surprise we were still awarded the project in the end.

As I would learn later on from staff members who spoke on condition of anonymity, it turned out he was the really, really old-fashioned type who felt true work was purely physical. If you weren’t a truck pusher, bricklayer, iron bender, soldier, farmer or Lagos molue driver or bus conductor, you were not a worker. The tip came a little too late to save me from the ordeal that day but has helped shape how I deal with people like that.

That said, I do understand Nigerian society is not exactly elitist and most of us, especially seniors, are still trying (thats for those who’re even making any attempts) to wrap our heads around this “internet thing”. I understand we still have a long way to go with regards helping everyone come to terms with the value of the internet, the enormous potential it holds out for all and the very important role of website designers and developers as the civil engineers and architects of online real estate.

My advice for industry colleagues is to ensure we respectively stand our ground and not allow ourselves or our profession to be denigrated, while delivering quality services whenever offered the opportunity.

My question to you, fellow web designers & programmers from around the country; Lagos, Abuja, Port Harcourt etc – what has your own experience been like? In addition to mine above, how would you advise upcoming web professionals handle situations like these? Collectively, what can we do to raise public perception of our noble profession? 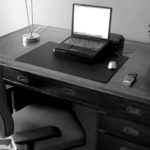 We require the services of a web developer. The role is responsible for designing, coding and modifying websites, from layout to function and according to clients’ requirements. Job Duties • Regular exposure to clients and company management, as well as the authority and scope to apply your expertise to many interesting technical problems. • Candidate […]
READ MORE → 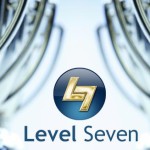 Hello there! Level Seven Ltd just been recently nominated for “Best Website Development Company Of The year 2015” in the prestigious Nigeria Technology Awards. Voting will last up until the 21st of October, 2015 and the Awards ceremony itself will hold on Saturday, 21st November, 2015, at the Ace-Olivia Hall, City Mall, Onikan, Lagos – […]
READ MORE → 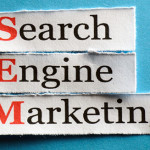 What is it? Search Engine Marketing (SEM) is a form of Internet marketing that involves the promotion of websites and their offerings by increasing their visibility in search engine results pages (SERPs) through optimization and advertising.
READ MORE →

What is Search Engine Optimization (SEO)?

Search Engine Optimization or SEO for short, is the process of deliberately optimizing a website or webpage with the aim of making it visible in a search engine’s “natural” or unpaid (“organic”) search results.
READ MORE → 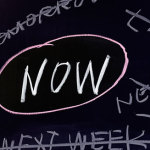 If you’re still daydreaming of how great it would be to have a website designed for your business, project or organization, you really should take a seat and calmly read through this piece.
READ MORE →

3 thoughts on “Undervaluing the Website Design Profession in Nigeria”